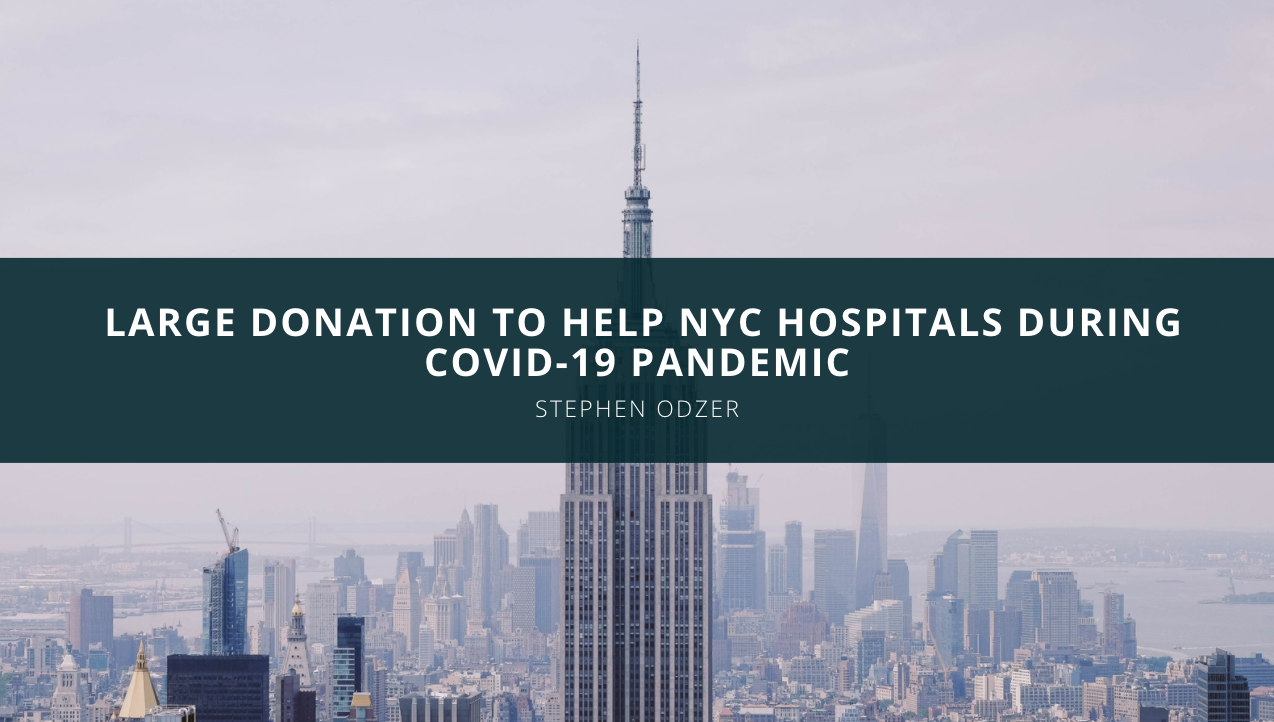 Stephen Odzer, a Jewish entrepreneur and philanthropist, makes a charitable donation for $100,000 worth of goods to benefit NYC hospitals during the COVID-19 Pandemic.

The COVID-19 Pandemic continues to wreak havoc around the world, putting a huge dent in the world’s economy. One place that has been hit especially hard by the virus is New York City. Thousands of people in the city have died in the city’s hospitals. To help protect the medical professionals fighting the virus on the frontlines, Stephen Odzer wanted to do his part to help doctors, nurses, and other medical professionals in the NYC hospitals.

When Stephen Odzer saw the need in the New York City hospitals, he knew he had to do something. “I am a large supporter of many Jewish and non-Jewish causes,” he says.

Knowing that masks, hand sanitizer, and other essential items were in short supply, he decided to raise funds to buy more supplies for frontline workers. To do this, Stephen Odzer called Rabbi Eitan Rubin, the head of Beit Midrash of Great Neck, a yeshiva on Long Island. Stephen Odzer is a native of Brooklyn whose son studies at Rabbi Rubin’s yeshiva. The yeshiva had become a makeshift distribution center, which supplied masks and hand sanitizer to New York City hospitals for free.

Stephen Odzer said one reason he called Rabbi Rubin was, “He’s a rabbi — the way his brain works is he wanted to know how do we help people.”

Stephen Odzer asked Rabbi Rubin if he could find investors for the philanthropy project. Stephen Odzer was the first to make a charitable donation, which consisted of $100,000 worth of goods for the NYC hospitals. Other investors and contributors helped to raise funds for an initial order of 35,000 N95 respirator masks and 4,000 hand sanitizer dispensers. Another 50,000 masks and 8,000 hand sanitizer dispensers were also promised. Hospitals that benefited from the charitable act included Mount Sinai, Maimonides, and Long Island Jewish Medical Center.

Stephen Odzer went to Yeshiva of Flatbush High School and then to the Brooklyn College Scholars Program. He has been in the distribution business for over 30 years. He got his start at the age of 18 when he founded his first company in his parents’ basement. In 2000, Stephen Odzer was named the Ernst and Young Entrepreneur of the Year in the area of distribution. Besides a successful businessman, Stephen Odzer is also a family man. He has 7 children and 9 grandchildren, with much of his family in Israel.