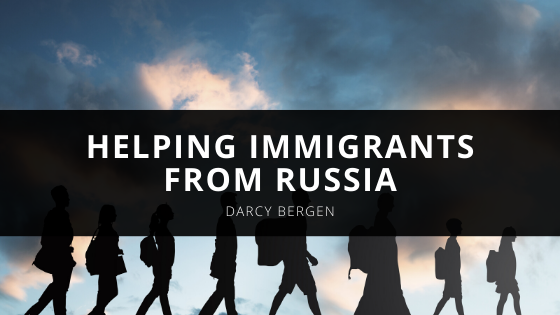 Steven Odzer and his family are large supporters of Bris Avrohom, a large New Jersey non-profit that helps Jewish immigrants from Russia to the United States. There’s a reason why this cause is so close to his heart; Steven says, “I have many family members living in Israel and I am a large supporter of both Jewish and non-Jewish causes.”

The excellent work Bris Avrohom does for Russian Jewish Immigrants is what attracted Steven Odzer to this organization. Ever since its foundation in 1979, Bris Avrohom has been making a difference in the lives of Russian immigrants. For supporters of the organization like Steven Odzer, it’s important to help these new members of the community find a home, jobs, and continue to improve their spiritual education. Because Bris Avrohom wants to keep the traditions of the community alive, they also perform bris or bar Mitzvah and Jewish Weddings.

Bris Avrohom, a name chosen by Lubavitcher Rebbe, means “The Covenant of Abraham.” Since its establishment 40 years ago, Bris Avrohon has helped over 28,000 people and integrate them into the community. The traditions Bris Avrohon fosters go back about 3,300 years, which is why it’s so important to keep them alive. They continue to keep their traditions alive by enhancing the education of those who seek it whether they’re young and old.

Although the Bris Avrohom headquarters are in Hillside, NJ, they have expanded to other locations. Those interested can also visit their Jersey City and Fair Lawn or Brooklyn. Because of the great role they play integrating Russian Jewish Immigrants into the community, Steven Odzer is proud to support Bris Avrohom.

Steven Odzer is the CEO of YBT Industries of Henderson, NV, a promising distribution business. Although his new company is a fresh face in the business, Steven Odzer started his entrepreneurial ventures early on. After attending Yeshiva of Flatbush High School and then to the Brooklyn College Scholars program, he got his start. “I started my first company at age 18 out of my parents’ basement. I was named the Ernst & Young Entrepreneur of the Year in 2000 in the area of distribution,” he says.

Aside from his distribution business, Steven Odzer has plenty of activities in his life to keep him busy. When he’s not rooting for the New York Yankees or flying to Nevada to see the Golden Knights, he’s busy playing with his eight grandkids