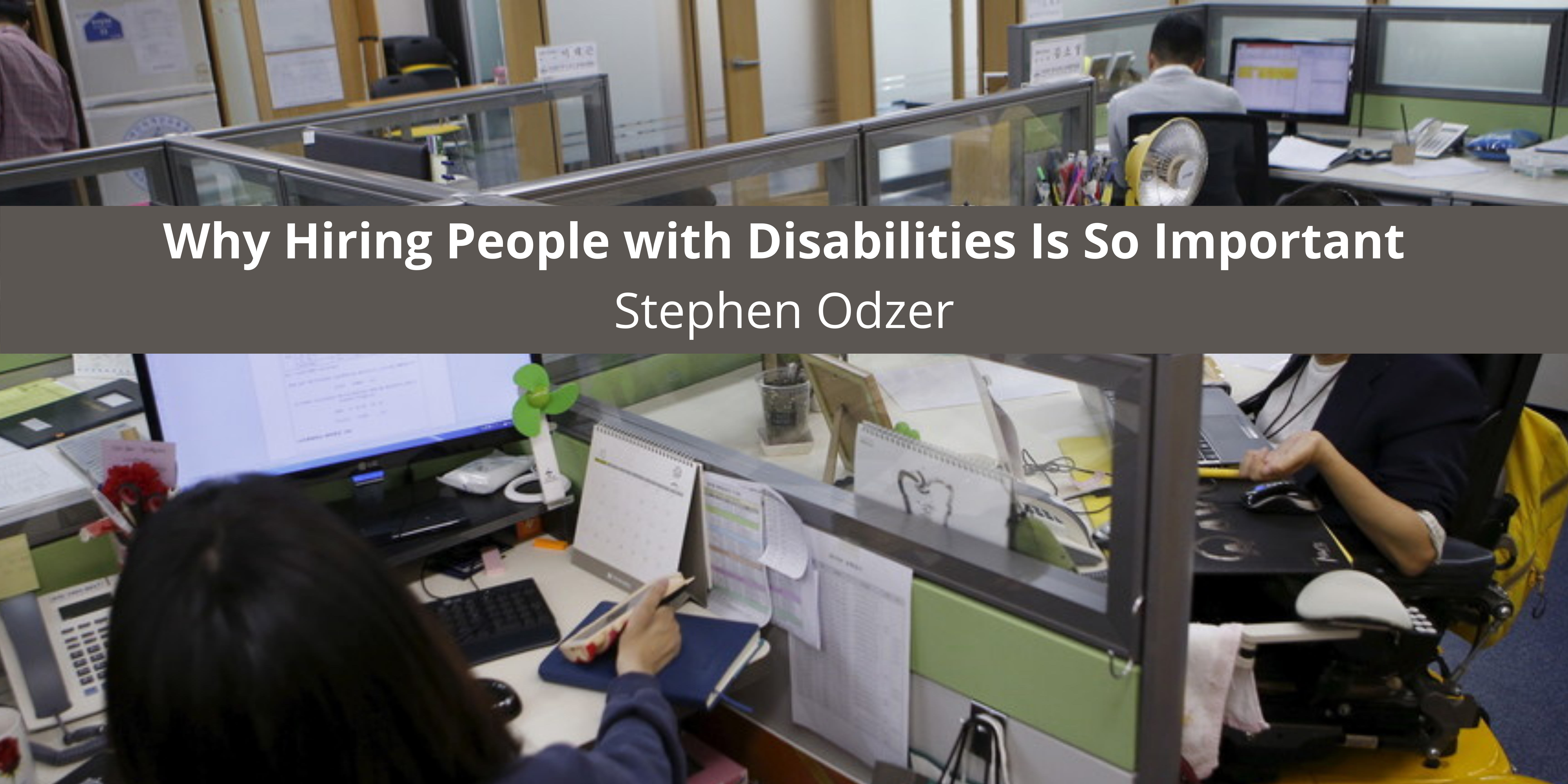 People with disabilities have long been underrepresented and overlooked in the workplace. This comes from a combination of low expectations and preconceived assumptions about their abilities. While we have made some advancements in hiring people with disabilities since the signing of the Americans with Disabilities Act (ADA) in 1990, stigma and misunderstanding are still prevalent in the hiring space.

This is why it’s so important to make a concerted effort to interview and hire people with disabilities whenever possible, says Stephen Odzer of Cedarhurst, NY. Because the only thing that will change the existing stigma is to expose the workforce to real people who are differently-abled. Here are a few benefits of a truly inclusive workplace.

Many studies have concluded that differently-abled people take fewer absent days and are more likely to stay with their company than non-disabled workers. In fact, The Chicago Lighthouse performed a study on employee retention rates in the Illinois Tollway Customer Care Center and found that employees with disabilities had a retention rate of 1.7 years compared to 0.9 years for other employees. That’s almost double the amount of time!

As the CEO of a major distribution company, Stephen Odzer of New York understands how costly turnover can be – in dollars and lost manhours. Whatever the reasons, studies agree that hiring people with disabilities can cut turnover.

A study in the 1940s by the Department of Labor Statistics concluded that workers with disabilities scored much higher in safety than their abled counterparts. This study was backed up by a more recent one conducted by DuPont, who reviewed workers in labor, operational, managerial, clerical, and service industries.

This is likely a result of a combination of factors including a generally heightened body awareness, a stricter adherence to policy and procedure, and a heightened awareness of the people and objects around them. In other words, says Stephen Odzer of New York, employees with disabilities are more aware and fastidious about safety in the workplace.

All employees – with or without disabilities – benefit from a diverse work culture, says Stephen Odzer of New York. Many stigmas and stereotypes come from not knowing an individual from that walk of like personally. When employees work alongside those who are different from them, they learn that they have more in common than not. They also learn how to make the workplace – and other public spaces – more accessible and welcoming for everyone. Learning firsthand about the challenges that people with disabilities face on a daily basis encourages compassion and advocacy.